A company spokesperson wrote on the Twitter blog that 50,258 automated accounts “identified as Russian-linked” had tweeted “election-related content during the election period.”

Twitter will individually email each of the 677,775 people who followed or retweeted a compromised account operated by or set to retweet posts from the Russian “troll farm” known at the time as the Internet Research Agency (IRA), the company said. The IRA was reportedly operating on orders from the Russian government.

Twitter’s initial report issued in September relied on a separate assessment by Facebook. It examined Facebook’s 450 compromised users and identified only 179 accounts in its initial assessment. Lawyers for both companies and Google endured public tongue-lashings by committees of both the House and the Senate last fall, who accused them f not doing enough to protect Americans from foreign propaganda.

An intelligence community assessment issued shortly before President Donald Trump’s inauguration said that Russian efforts to influence the election demonstrated a clear preference for Trump over Clinton, and included a multi-pronged disinformation effort across Twitter, Facebook, Instagram and Russia’s own state news service Russia Today, which made overtures to American political figures during the period. What effect the Russian-backed digital propaganda campaign had on the election has been hard to quantify.

Twitter also included a selection of imagery tweeted by the allegedly Kremlin-controlled Twitter feeds in its post. One image called for the arrest of George Soros, the founder of the progressive Open Society Foundation. Another showed a man in a t-shirt reading “Obama called me Clinger/ Hillary calls me Deplorable/ Terrorists call me Infidel/ Trump calls me AMERICAN”. 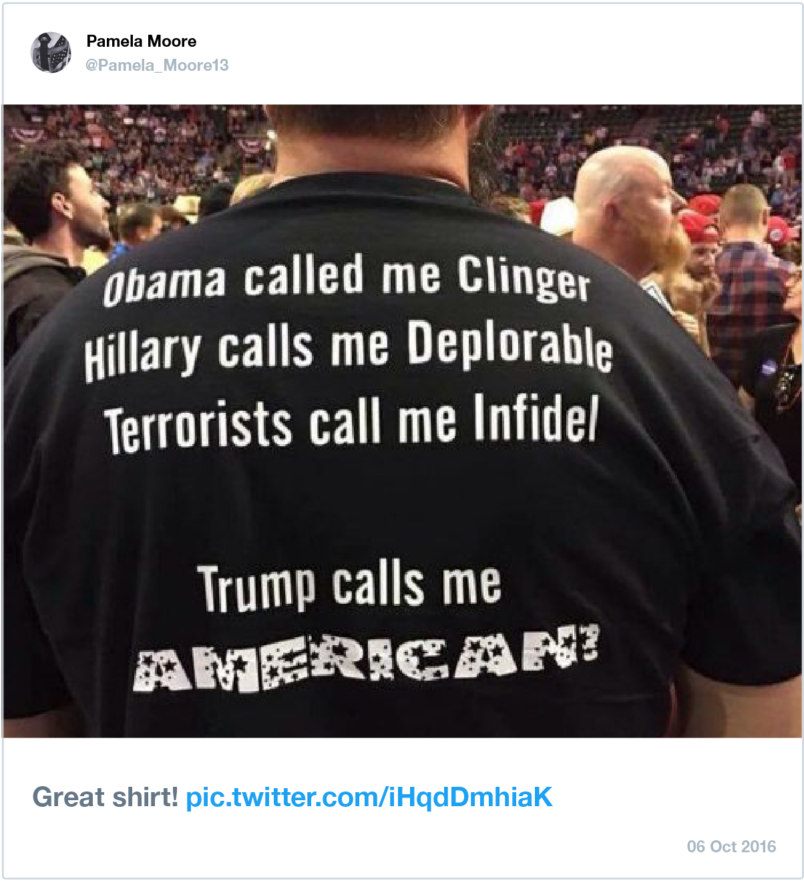 Twitter said it had identified “both more IRA and automated Russia-based accounts.” But the lion’s share of the new accounts in the current figures appear to be bots amplifying the posts of a relatively small handful of trolls, some 3,814 accounts run directly by the IRA. The 175,993 tweets from those accounts were spread far and wide by the network of automated tweeters supporting them. 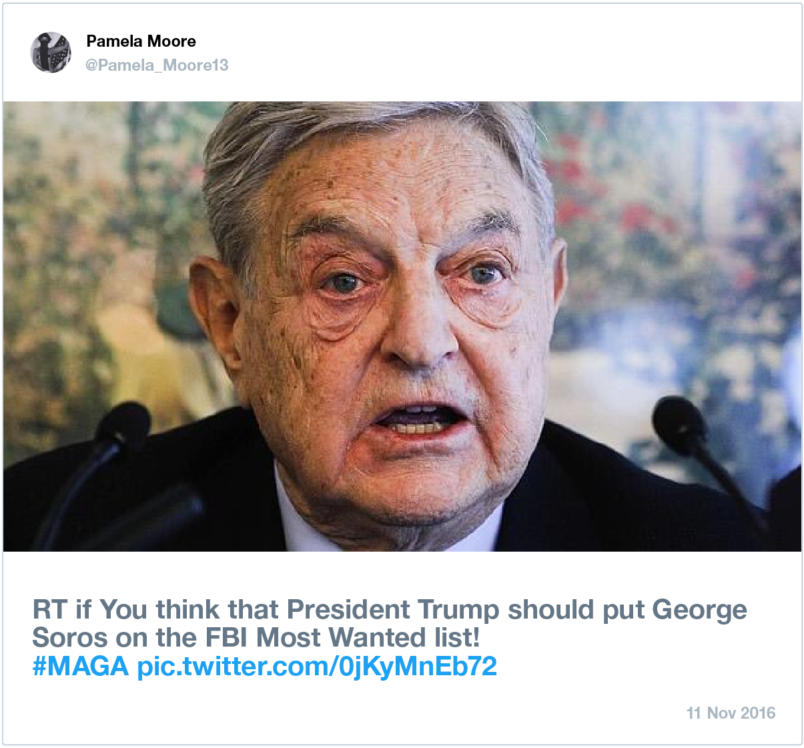 The numbers are relatively small compared to overall Twitter usage, about which the company is cagey. Twitter has 157 million users, according to an estimate based on the company’s own metrics by tech reporters at Recode.